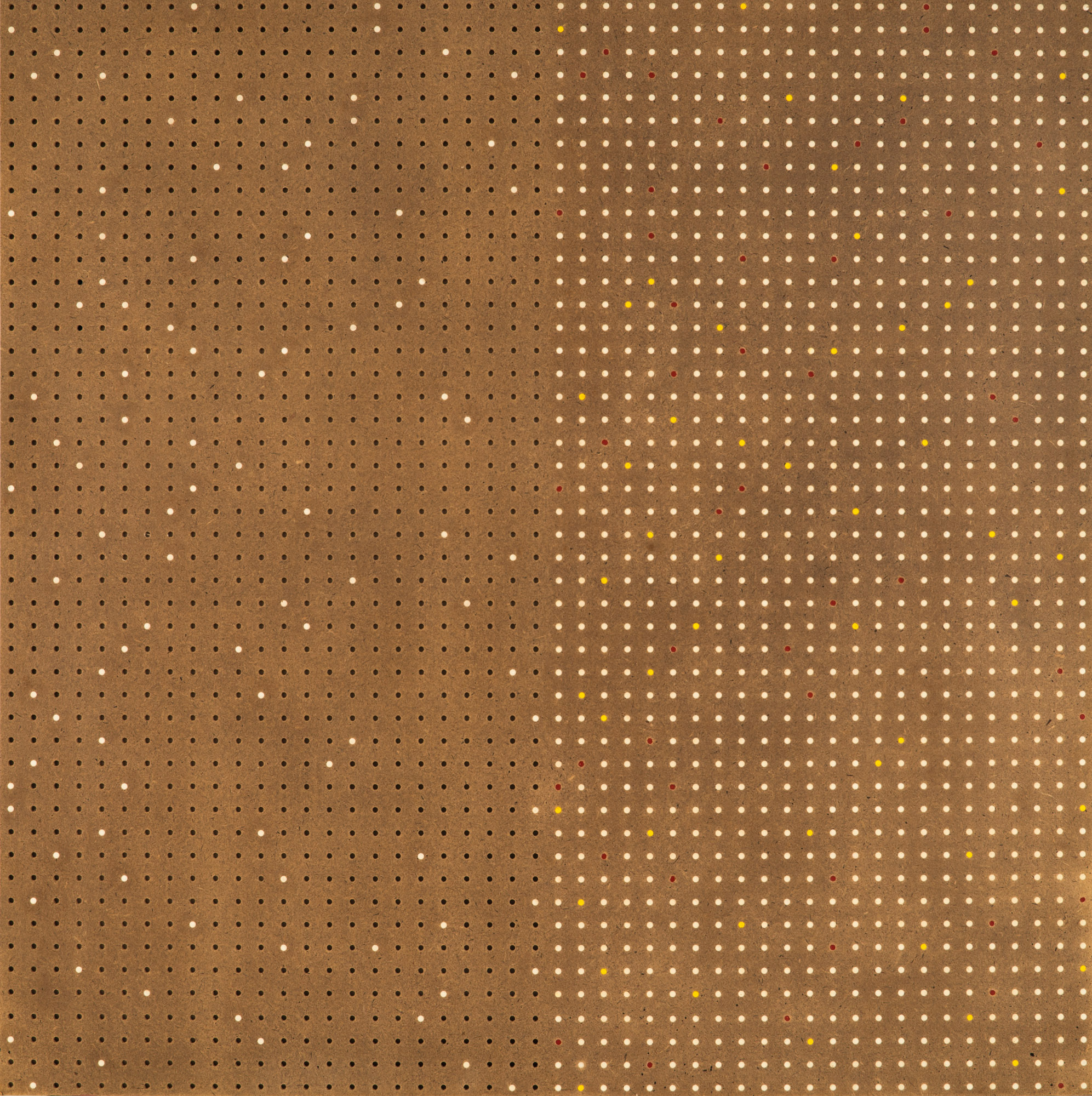 In many ways, Robert Tiemann’s pegboard paintings encapsulate the forms and issues explored in his work over the last four decades. They specifically recall the Paneling Pieces of 1982-92, in which he first employed pegboard along with prefabricated interior wall paneling to create “readymade” paintings. In the Magic Square series of 1988, he took advantage of the readymade grid formed by the regularly spaced holes in the pegboard by numbering each hole so that the sum of the numbers in each column, row, and diagonal is the same. Tiemann’s reliance on the grid dates to his well known silver paintings (1978-80), which have gridded surfaces formed by taut, glued-down strings beneath the aluminum paint. These followed the artist’s first mature series of canvases lyrically stained with delicately applied color.

Tiemann has returned—albeit less delicately—to the exploration of paint’s liquidity in the most recent work in this exhibition, which includes dribbled eruptions of paint injected through the holes from the back of the pegboard. Typically concealed in domestic or commercial uses of pegboard, the rough and “wrong” side of the panel serves as a dry, nubby surface for the drips.

Tough and industrial, Tiemann’s paintings are conceptual as well as process-driven. Each is more like the idea of a painting than a painting in the traditional sense. The repetitive processes—filling the holes with spackling or protruding pegs, sanding the surface, dividing it into halves, thirds or other proportional relationships, and applying oil stick or paint—are those of an artist as well as a handyman. As if acknowledging the fact that the English language doesn’t distinguish between the noun and the verb work (unlike the French words ouvre and travailler), the result is a painting that is a work instead of a precious and seductive object of beauty. From common construction materials and labor-intensive techniques, Tiemann coaxes an assertive, matter-of-fact physicality, conceived with dry wit and conviction.